Kira in What Never Was 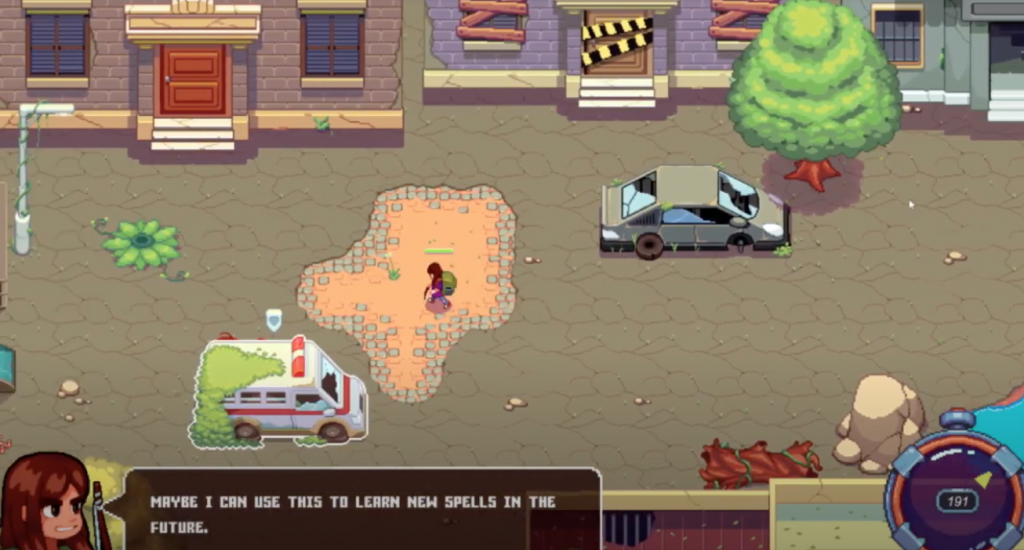 The world of “What never was” is defined by having a totally new ecosystem. Nature has taken over everything and what is left of human civilization are only remains. In this sense the characters will wear worn out and tittered clothes. Sloppy and scruff y aspect. Caravans and settlements. Tents. Rudimentary security systems. Back to white arms, bows, stones… The few that has weapons watch them carefully and save on ammunition.
Fog. Free and uncontrolled flora and fauna. Leafy nature.
The general sensation of hopelessness. Distrust. Human beings are reticent about personal relationships and search only for their own benefit. They question everything.

The road. Stalker. The book of Eli. I am legend. Children of men. Nausicaä of the valley of the wind.
Videogames references;
Children of morta. Moonligther. Pathway. Deadlight. Wizard of legend. Crawl. Dungeon of the endless

UPGRADES
– Kira will be able to increase her inventory capacity (backpack) obtaining slots for more objects
and load capacity.

TRAVEL BETWEEN REGIONS
The main regions of the map will be connected by underground tunnels that will allow quick travel. Once you discover a quick travel point you can use it to get from one area to another.
Within each region, Kira’s progress will be made in real time. These map areas are divided into safe areas (checkpoints), free of virus; And transit areas, where Kira will depend on her gas mask to advance (oxygen loads)

GENERAL WALKTHROUGH
Kira will advance in the game discovering new areas. In each transit area, action and puzzle challenges will be proposed. In the transit areas there will be safe zones that will allow Kira to store her progress, rest etc. Th e narrative will progress through events where we will discover the next goal. Between our position and that objective, the path will be a puzzle to solve. In every major region of the game there will be a settlement that will function as a point of getting a quest/information that will allow the player to advance in the story

NARRATIVE PREMISE
Kira and Josh are two siblings who survive in a post apocalyptic and dark world. Josh disappears on one of his raids in search of resources and Kira is forced to search for her lost brother

CONTEXT
In the near future, humanity has practically exhausted all the natural resources. Overpopulation is unsustainable and the planet’s ecosystems are in serious danger.
In this situation, nature has a virulent reaction against the human being’s actions and it begins to mutate as an uncontrollable defense system that seeks to end the cancer that is consuming it. A new kind of infectious disease becomes evident and annihilates a large part of the world population in a few years. The ecosystem rewrits itself to become as harmful as possible to human beings. Many animals breeds also perish, giving way to new ones and some of the existing ones mutate into something different 40 years aft er the virus appeared, nature has once again taken control of the planet’s surface. A new fl ora and fauna. The remaining human beings live day by day focused on their own survival. Any social norm is no longer in force. A desolate landscape where the law of the strongest prevails.