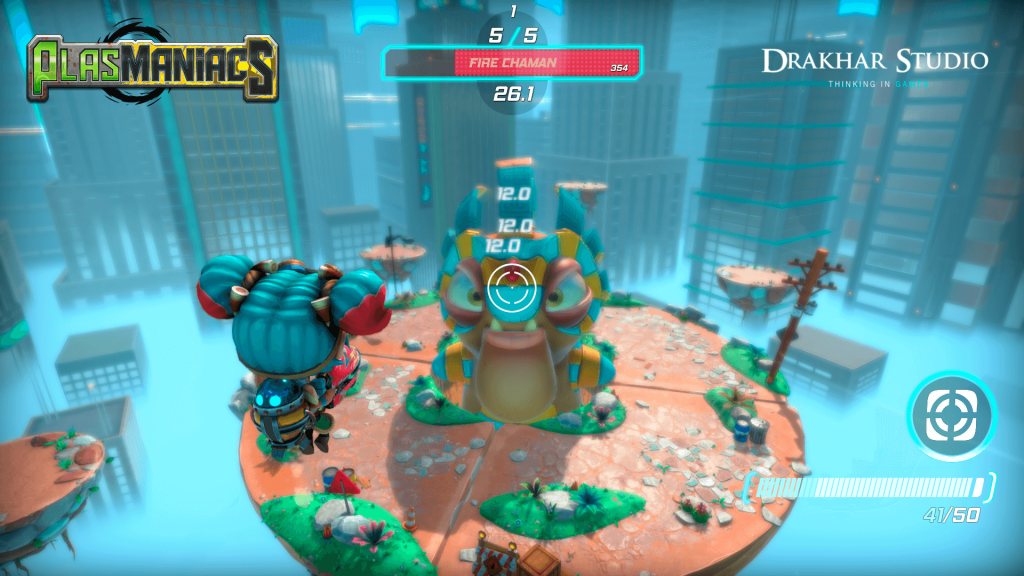 ‘Plasmaniacs’ takes place in Vortex City, a city always in alarm state with continuous catastrophes that terrorize the citizens of its five districts every day.
Its 5 districts extend around 5 interdimensional vortices of which, on rare occasions, emanate creatures of other dimensions. The inhabitants have already become accustomed to live with these incidents. So much so, that they have even managed to turn the remains left by the monsters after being eliminated -THE PLASMA- into a precious resource. And it is that this mysterious and powerful substance circulating in its interior has become part of the underground economy of Vortex city.
PLASMANIACS is a shooter-clicker divided into a succession of rounds in which you will be one of the four outsiders that keeps at bay the strange creatures that appear in the central vortex of the stage. The main objective is to go as far as possible to increase the rewards that are received at death, being able to improve the statistics to try again and making your character stronger in each game
This game is a third-person shooter with clicker progression and frantic character whose enemies are generated procedurally and infinitely and in which we will only have one life.